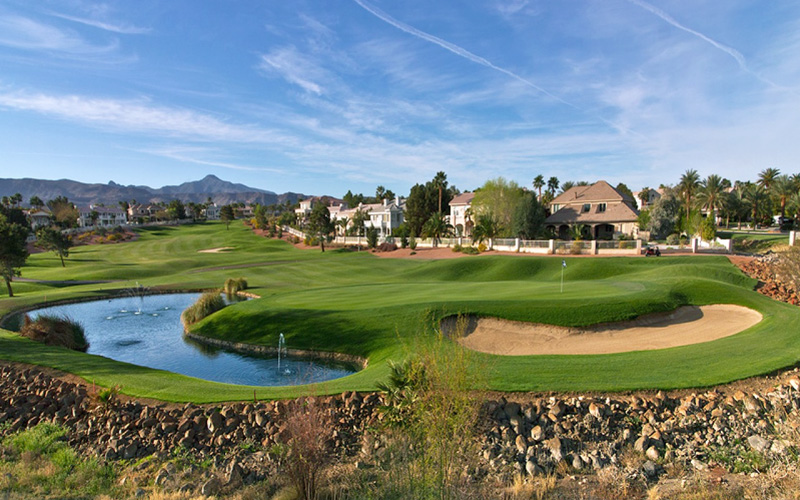 Green Valley, American Nevada Company’s flagship property, is located in Henderson, NV and was the first master planned community in Las Vegas valley.  Green Valley was founded in 1978 by Greenspun Corporation, encompassing 7100 acres and is home to over 75,000 people today. “In addition to being the founder of the company, Hank Greenspun was also a convicted gun runner, Las Vegas visionary, target of the Watergate burglars, a hero of Israel’s War of Independence and a combative newspaper editor who became a close friend of billionaire Howard Hughes and together, they attempted to buy the mob out of Las Vegas.  PBS Television created a documentary of Hank’s life narrated by Oscar winning Anthony Hopkins telling the previous untold story of a fearless American hero who exploits are the stuff of legends”. Said Watergate counsel, Sam Dash, “there never would have been a Watergate scandal had it not been for the burglary at Hank Greenspun’s office”.

The Teamsters Union was an early source of seed money for Hank’s ambitious Green Valley project and his son, Brian Greenspun assumed the lead position in running American Nevada Corporation, the development arm of the family company in the 1980’s.  Brian engaged two prominent LV families as partners in developing The Legacy, a major enclave within Green Valley and the golf course served as the recreational centerpiece and a major “open space” environmental area for this new community.

Brian enlisted brothers, Ken and Robert Sullivan and Martin and Al Collins to complete the development team providing expertise and financing for The Legacy community. Ken and Robert were both former President and Chairman of Valley Bank of Nevada prior to entering the land development arena and had active interests in casino ownership and Southern California horse racing.   Martin and Al, were true pioneers in the early development of master planned communities in Southern Nevada prior to The Legacy project and were genuine off road racing enthusiasts winning the BAJA 500 in 1970.  These five gentlemen were a dynamic team and provided a great introduction of OB Sports into the Las Vegas golf marketplace.

Robert Sullivan brought Orrin Vincent and Bob Marshall (OB Sports) onto The Legacy team by virtue of their banking relationship with “Sully” while they managed Edgewood Tahoe and Incline Village in the Reno area and working with them previously at Teton Pines, a successful golf project in Jackson Hole, WY.  Together the team selected Arthur Hills and Keith Foster as the golf architects.  Foster began running Hill’s west coast office in 1986 and was the lead designer during The Legacy construction which began in 1988.

Upon opening in late 1989, The Legacy Golf Club received a remarkable welcome from the local golf community.  The Legacy was a new and modern golf design presenting championship strategy and turf conditions and immediately became the most desirable daily fee golf facility to host golf outings associated with the gaming and entertainment capital of the United States.  The Legacy had repeating daily activity and open billing accounts with Mirage, Caesars Palace, MGM, New York New York, Treasure Island, Golden Nugget, Rio and Tropicana successfully handling their hotel advance golf reservations as well as the last minute casino golf requests.  And The Legacy was equally attractive to the individual golfer by offering an annual membership program, seasonal discount cards for short term reservation privileges and reservations up to a year in advance for the leisure and traveling golfer.  All of this varied activity culminated with paid rounds exceeding 32,000 and revenues surpassing $5 million dollars annually throughout the 1990’s. 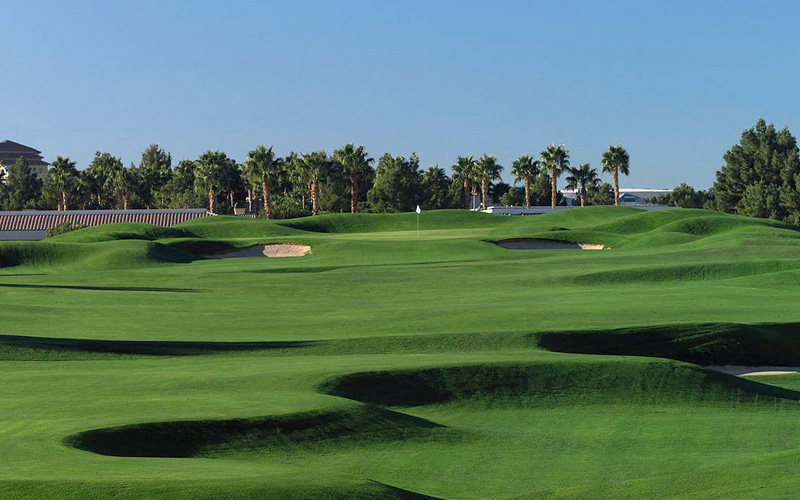 OB Sports enjoyed a longtime relationship with the American Junior Golf Association prior to arriving in Las Vegas and the “LV Founder’s AJGA Tournament” was created in 1990 at The Legacy.  The event became one of the more notable summer events on the west coast schedule and was co-sponsored annually by a local hotel and LV Convention Bureau. And the event attracted the very best junior golfers for eleven consecutive years before moving across town to Angel Park in 2002.  A few of the young notable champions that went on to achieve distinguished golf careers with the USGA, PGA or LPGA Tours were: Chris Riley, Trip Kuehne, Boyd Summerhays, Chez Reavie, Darren Angel, Christie Kerr, Leta Lindley and Jody Niemann.  And a 15 year old Tiger Woods was a runner-up to Anthony Rodriquez in 1991.

The Legacy received original local and state governmental golf approval in 1988 under the condition that potable water could be used initially for the golf course turf irrigation but only until the City of Henderson was able to deliver future reuse water from their yet to be built local water treatment plant.  Thus The Legacy began accepting the effluent in 1993 aware of the extremely high salt content and bicarbonates as a result of OB’s lab testing of effluent water during development of reuse plant.

The high salt and bicarbonates were never anticipated by either party, the City of Henderson or The Legacy but the actual numbers were above the water contract quality limits. However, the ever increasing environmental pressure due to the amazing economic growth and development valley wide in Las Vegas put upon potable water made it impossible to refuse the exceptionally poor quality water.  The City water department assured OB Sports their water quality would begin to improve as future treatment plant elements were added to their operations and the golf management team implemented the agronomic practices necessary attempting to flush the salts on a weekly basis.   However, after a couple years of no water quality improvement, it was inevitable the outstanding bent grass putting surfaces The Legacy had previously enjoyed were not going to survive the poor quality effluent.  The ownership group made the difficult decision to convert the putting surfaces to an ultra-hybrid Bermuda grass.

Ed Francese had served as The Legacy’s general manager 1992 through 1994 before assuming the responsibilities as President of OB Sports operations for their managed properties in AZ, CA and NV and was familiar with the water quality issue.  The OB Sports team decided to convert the suffering bent grass to a more salt tolerant Bermuda hybrid during the summer of 1996.  Francese assumed responsibility of this quick turnaround construction process working diligently to achieve the contours and design elements as directed by John Fought, OB Sports in-house golf course architect from 1994 through early 2000’s.

The actual work of removing and disposing of the failing bent grass, creating the new putting green contours and installing the Bermuda sod was accomplished in the first 30 days but the grow-in and maturity process took another 60 days before re-opening to the facility.  Utilizing plywood to avoid disturbing the putting contours while carefully laying and knitting together the sod seams, weekly rolling to smooth the surfaces and constant light top dressing utilizing hand labor and the lightest machines possible was the key to successful conversion and re-opening in a 90 day period.

The hybrid Bermuda purchase was contract grown in Palm Desert, CA in a sand quality compatible with The Legacy’s existing green cavity sand mix.  The ultra-dwarf hybrid sod was maintained at a ½ inch cutting height previously to being sod cut and transported in refrigerated trucks arriving the same day it was to be applied to The Legacy’s greens.  Total construction cost and an allowance for a partial amount of the lost revenue due to course closure was approximately $650,000.

The new Bermuda putting surfaces along with the added cultivation practices to consistently flush the salts has effectively dealt with the poor quality water and has proven to be the correct turf grass decision for the last twenty years. 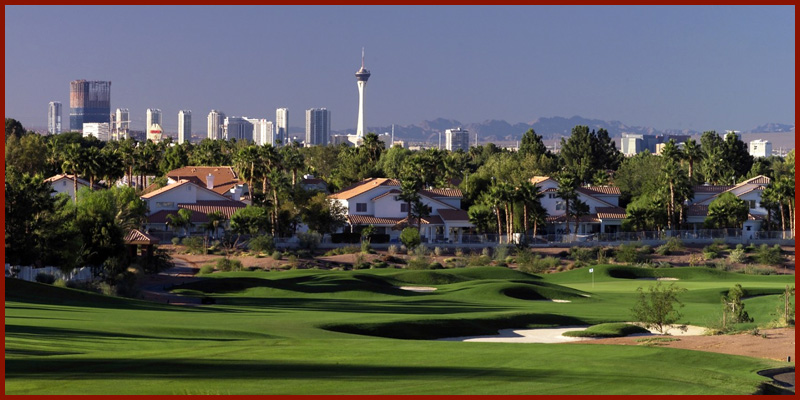