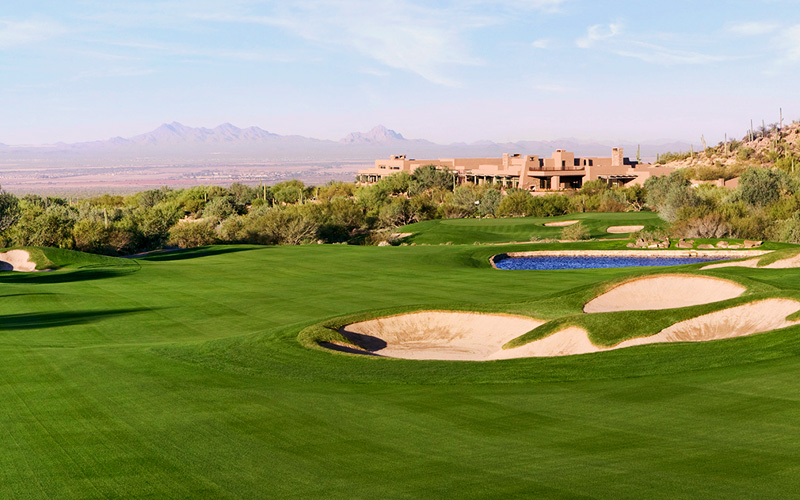 The Gallery was truly a family venture.  Palo Verde Partners was the legal entity established to hold the land and infrastructure improvements with John owning one half of the company and his father, Cargill MacMillan Jr. and his siblings, Bill, Cam and Martha equally sharing the remaining one half of the ownership.

The first step was identifying and securing the most desirable location which guided John to ask OB Sports to scout three locations in December 1994 confirming he would arrive the following month to collaborate and personally evaluate them.  Property along the water edge on northwest side of Lake Pleasant recreational area north of Phoenix was the first site observed followed by Diamond Venture’s Rocking K Ranch, a 3000 acre master planned community south of Tucson bordering the Saguaro National Forest and lastly, Cottonwood Properties’ 6000 acre Dove Mountain master planned community nestled in the Tortolita Mountains north of Tucson.  Ultimately Dove Mountain proved to offer the greatest appeal and The Gallery’s initial 450 acre site was secured.

The golf course architectural selection proved to be a quick process.  John and his family, as individual investors and Board Members of a recently created OB Sports LLC, were familiar with John Fought from previous company projects and admired his creativity and attention to detail.  But John Macmillan’s deep Minnesota roots also prompted him to align Tom Lehman and John Fought together as a co-design team for the North course.  And this relationship blossomed into a partnership that continued to co-design projects for another four years.  They were a dynamic and vibrant design team due to their individual history in the competitive golf world.   John was an outstanding collegiate player, US Amateur Champion, Walker Cup player and PGATour Rookie of the Year winning back to back events (Buick Open and Anheuser Busch Golf Classic) in 1979.  Tom, as we all know was British Open Champion in 1996, former #1 ranked player in the world,  Ryder Cup Captain and the only player to ever be named the Player of the Year on all three US professional tours; Web.com, PGATour and PGATour Champions.

The Gallery’s permitting and governmental approval process proved to be an exhausting effort.  After reaching consensus with Pima county flood district, US Army Corps of Engineers, US Fish and Wildlife, Tucson Water District and Town of Marana, the golf course construction began.  However, shortly after Crown Construction was selected as the general contractor and the native vegetation clearing had begun, a federal judge began hearing statements for the Ferruginous Pygmy owl that resulted in the animal being added to the endangered species list in March 1997 and all construction was delayed.  This contentious issue was ultimately resolved when Cottonwood Properties donated a 2400 acre parcel as a designated sanctuary for the pygmy owl called Tortolita Preserve.  This sanctuary is a long rectangular piece of ground whose border is adjacent to the southern property line of Dove Mountain and The Gallery South course containing the desert scrub dominated by Ironwood trees that was defined by the federal judge and the Center for Biological Diversity as the ideal critical habitat for the 16 known pygmy owls on property.

The creation of Tortolita Preserve allowed the infrastructure construction throughout Dove Mountain and The Gallery golf course to be completed.  John MacMillan’s one and only golf design request was to create a golf course where avoiding the desert edges was not the golfer’s primary concern.  Therefore,  the use of 100% effluent reuse water allowed John and Tom to design a golf exceeding the  Arizona State mandated 90 acre turf limit that assumed the use of potable water for irrigation.  Thus, the North course developed into a “very wide and large” course by typical desert standards containing some 108 acres of turf and the primary golf strategy for the player was to avoid and “play around the rather deep penal bunkers” and concentrate on hitting into the proper section of the unusually large and undulating bent grass putting surfaces. 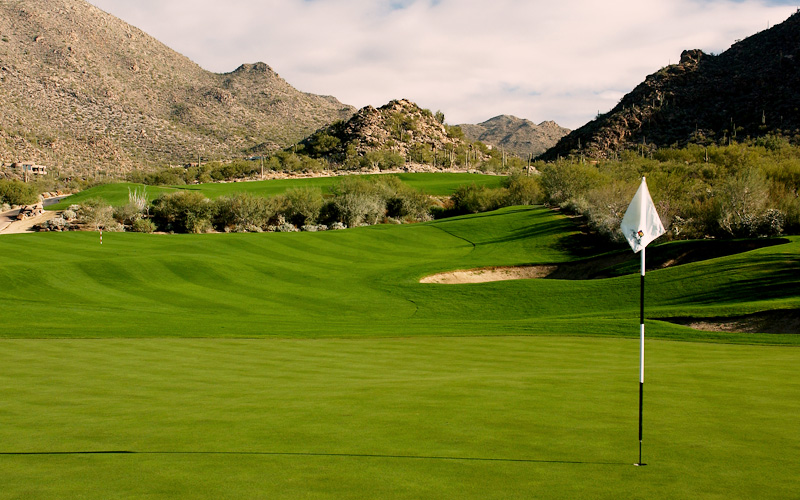 The Gallery North was Tucson’s first private club in 30 years upon its grand opening in December 1998.  With Ruleas Canyon dominating the views and playing corridors on the front nine and Wild Burro Canyon dictating the golf passageways on the back nine, The Gallery was instantly recognized as an impressive and memorable golf experience.  The Sonoran mountain environment, the superior turf grass playing conditions, beautiful white bunker sand and contoured fairways coupled with John and Tom’s championship  strategy, The Gallery was at the top of the Arizona golf scene at the turn of the century.  In addition to the growing membership, The Gallery was host site for the 1999 Arizona State Amateur Championship and was co-host site of the 2000 PGATour Tucson Open.

The Club and membership celebrated another grand opening when the Bing Hu designed 26,000 sf clubhouse was opened to the membership.  Internationally known for his imagination, creativity and impeccable design standards, Bing Hu delivered an elegant structure displaying a southwestern flair.  And John MacMillan and Bing Hu shortly afterwards traveled to San Francisco to accept the 2000 Golden Nugget Grand Award for architectural achievement in design and function.

The Gallery continued to grow and mature with an ever increasing membership representing some 27 different states that eventually led to John MacMillan and David Mehl of Cottonwood Properties to open discussions in 2002 exploring a joint venture to build a second eighteen hole course.   That story and narrative will be detailed in the Gallery South course section of the list of EFGolf golf course construction projects. 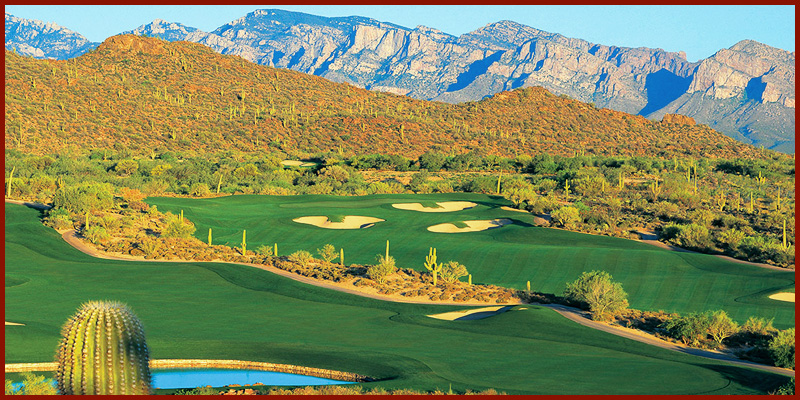